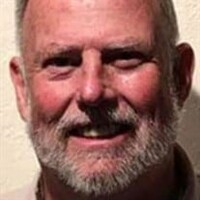 Father Breed was a geophysicist in the oil exploration business working for Texas Instruments and British Petroleum. He spent much of his career in Middle Eastern countries and was even in Iran during the beginning of the revolution in the late 1970s. Later in life, he studied theology at Holy Apostles Seminary in Cromwell, Connecticut and was ordained a Roman Catholic Priest on November 30, 2016. He belonged to the Society of the Missionaries of Holy Apostles and spent the last months of his life ministering to the sick at the Cheyenne VA Hospital.

He was an active member of the National Rifle Association and the Knights of Columbus. He was a true Wyoming cowboy. He enjoyed ranching, hunting and many other outdoor activities.

He is survived by his daughters Shay Fee, Stefannie Emerson, Tavy Hostetter, Jody Henry, and Lori de Castro, as well as several grandchildren and great grandchildren.

Father Breed was preceded in death by his daughter, Robin Jackson and his parents, Paul and Gladys Breed.

Visit the Tribute Wall to leave your memory of Father Glenn.